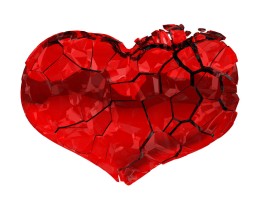 Smiling to conceal the frown, accrued pains without healing

So many fragile egos

We’re walking on eggshells of emotions

We’re too quick to pass judgements now and condemn

Each party think they’re so righteous and clean

We can persist to no good end

But really, nobody wins

The femmes have become hell bent

On passing chores to the gents

The gents want to be free of responsibilities

Pointless fights and arguments, but nobody wins

We jump into relationships blind

Then break up right quick or marry just for the title

Of course, when things go south we unbind

And wonder why divorce rates are so high

Only a few have found their missing ribs

They’re the lucky ones

The rest of us are yet to realize

That time for us is nigh

Now it’s more like, “my love is for sell”

Treat others the way you want to be treated

No, we have more hypocritical habits

We seem to have forgotten the love stories our parents told

We’d rather play these toxic games, than fold

This is getting old, and frankly, so are we

I’m speaking to my generation, we’ve lost our guarantee

Girls fall for what they hear

So guys became more crafty with their words

Guys fall for what they see

So girls became more deceiving with their looks

We recycle these toxic traits

Ready to damage the next victim

Whatever happened to healing each other with love, only a few can relate

If we took a step back

Maybe we could make amends

Maybe we could get back on the right track

Let’s be our real selves rather than pretend

Because, at the end of this war,

2 thoughts on “Nobody Wins”